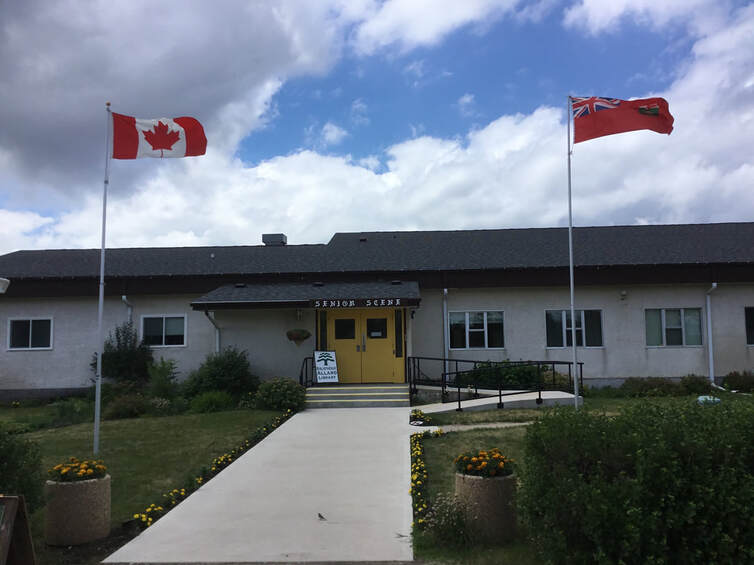 Senior Scene became a reality in 1974, starting in a small room added to the Sports Club on Pine Road.  In October of 1989 sod turning took place for a new building, thanks to the land donated by the R.M. of Victoria Beach.  Official opening took place in June of 1992.

In May of 1998 the H.E.L.P CENTRE (now known as The East Beaches Resource Centre) was set up under the umbrella of East Beaches Senior Scene.

In 1999, plans for an addition to the facility were approved with the official opening taking place in June of 2000.  In the fall of 2008 a permit was obtained for upgrading and renovation of our kitchen.  The new kitchen was in full use by December of 2008.  We now proudly feature a "STATE OF THE ART" kitchen.

In 2012 funds were raised and grants obtained for yet another addition to our building.  We have a new Senior Scene board room, new East Beaches Resource Centre office/board room, a new Senior Scene office, an elevator to the basement and a handicapped washroom.  The new area was officially opened on June 8th, 2013.