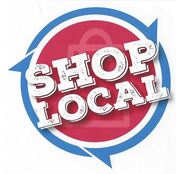 In May of 2016, the EBSS 10% Tuesday Senior discount program was established.
This discount is available the first Tuesday of each month.

Recently, Statistics Canada reported that Seniors 55+ were the largest growing demographic in the country.  As of September 2015, there were more people over 60 years old than there were people 15 years old and younger.  This demographic of 55+ consumers is rapidly growing and by the year 2050 reports indicate one out of five people will be over the age of 60.

As a community, we would like to recognize and support our aging population by offering a 10% Tuesday discount opportunity.  This is similar to those senior discount programs offered by many stores and merchants in large cities across the country.
Partnering with various businesses throughout the community,  members of the East Beaches Social Scene are able to use their valid EBSS Membership Cards (at the time of purchase) to receive a 10% discount.
​Discounts vary based on each partner's product &/or service.
As an added bonus, some partners have opted to allow the 10% Tuesday discount every Tuesday!!

​Our current 10% Tuesday partners include: